Warrior is the second studio album by American recording artist Kesha. It was released on November 30, 2012 through Sony Music in Australia and New Zealand; for the United States the album was released on December 4, 2012 through RCA Records. Recorded between January and August 2012, writing for the album began in late 2011 and ended in early 2012, with Kesha writing the majority of the album while touring the world and during her spiritual journey. Produced by longtime collaborators Dr. Luke, Max Martin, Shellback, Ammo and Benny Blanco, the album also features guest vocals from American rock singer Iggy Pop, who has been cited as a major influence on the album, as well as contributions from Nate Ruess from American indie rock trio Fun, American rapper will.i.am, The Black Keys drummer Patrick Carney, American rock band The Strokes,

Musically, Kesha has said that Warrior is her attempt at reviving the rock 'n' roll genre, calling it a "cock pop" record, as well as saying that it is more personal than her previous material. While the album incorporates electronic rock and pop rock genres, it is primarily influenced by dance-pop and electropop, which has been frequently used on her previous material. Lyrically, the album's theme is said to be "magic" and inspired by Kesha's experiences while on tour. It discusses subjects such as self-empowerment, love and sex.

Warrior received generally positive reviews, who commended its rock influenced material, lyrical content, and collaborations whilst others criticized its use of Auto Tune and formulaic content. The album reached number six on the Billboard 200 in the United States, while also charting within the United Kingdom, Australia, Belgian, Ireland, New Zealand and Spain.

The album's lead single, "Die Young", has since become a commercial success internationally, reaching number 2 on the Billboard Hot 100 in the United States and charting in multiple countries such as the United Kingdom, Australia, Brazil, Canada, New Zealand, Norway and Scotland. "C'mon" initially served as a promotional single, but it is scheduled to be released as the album's second single on January 7, 2013. An acoustic EP Deconstructed was exclusively released through her website in order to promote the fan edition of the album, and features re-record tracks from her previous releases and a cover of "Old Flames Can't Hold a Candle to You" by American country recording artist Dolly Parton, which was co-written by Kesha's mother, Pebe Sebert.

The album was tentatively due to be released in May 2012, but was later announced with an official release date of December 4, 2012. It was originally expected to be released near the end of 2011 but the delay between albums was because Kesha wanted to try and make an album that could shift the sound of pop music into a more rock direction. While being interviewed by the Calgary Herald she explained the delay and elaborated on this, stating: "I want to take enough time to make sure it's the reinvention of pop music. That's the ultimate goal, to reinvent pop music. So I'm planning on taking as much time as I need, but May sounds about right." 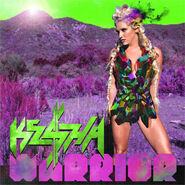 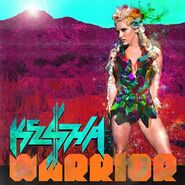 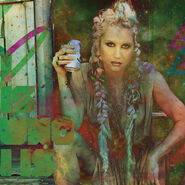 Add a photo to this gallery
Retrieved from "https://keha.fandom.com/wiki/Warrior_(Ke$ha_album)?oldid=5806"
Community content is available under CC-BY-SA unless otherwise noted.